04 February: Renowned Magnum photographer Elliott Erwitt is to be honoured at the 2015 Sony World Photography Awards.

Erwitt, aged 86, will receive the Outstanding Contribution to Photography prize in person at the awards’ annual gala dinner in London on Thursday 23 April.

To coincide, an intimate show celebrating a combination of Erwitt’s most familiar and lesser known work from across his 60 year career will be presented at Somerset House, London from 24 April – 10 May as part of the Sony World Photography Awards Exhibition. A rare public talk between Erwitt and his long-time book designer Stuart Smith will also take place on 24 April.

Recognised worldwide for his candid and often ironic black and white images capturing everyday life, Elliott Erwitt is a modest master who approaches both his commercial and personal work with the same wry and witty visual brilliance.

Since joining Magnum in 1953, the French born American has captured historic events, personalities, humour and the absurd, with a seeming effortlessness and an inherent eye for good photographs. Describing his craft, Erwitt says: “To me, photography is an art of observation, it’s about finding something interesting in an ordinary place. I’ve found it has little to do with the things you see and everything to do with the way you see them.”

While Erwitt’s images of President Nixon, Marilyn Monroe and Parisian dogs are instantly recognisable, the photographer has produced a huge body of diverse work across stills and film and continues to do so today. The exhibition at Somerset House will showcase this range with Erwitt’s vast collection of book publications, a collection of archive prints, a digital presentation of his Personal Best (Erwitt’s favourite photographs) and a selection of his films.

Friend and fellow Magnum photographer, Hiroji Kubota says about Erwitt: “Certainly, Elliott is a born photographer and also the most intelligent photographer I came to know. It is astonishing that he has been a top photographer for the last 60 years. I bet he will stay on top for another 10 years. At least.”

The Outstanding Contribution to Photography Award is given each year by the Sony World Photography Awards in recognition of a photographer’s significance on the photographic industry. Previous recipients include Eve Arnold, William Klein, Marc Riboud, William Eggleston and Mary Ellen Mark.

Astrid Merget Motsenigos, Creative Director of the World Photography Organisation and organiser of the awards, comments: “Elliott is entirely unique and independent in every way. Photography is part of his very fabric, but he also clearly separates what he calls his ‘hobby’, from his client work. To most, there will be no noticeable difference between the two. That is what makes him a master.”

Alongside Erwitt’s exhibition at Somerset House, the winning and shortlisted photographers of the 2015 Sony World Photography Awards will also be on display.

Tickets for the exhibition and for the artist talk between Elliott Erwitt and Stuart Smith can be booked at www.worldphoto.org/2015exhibition

Images
A selection of images by Elliott Erwitt are available to download at press.worldphoto.org You are welcome to use two out of the four free press images, as well as one of the headshots available. No image may be cropped, overlaid with text or altered in any way. 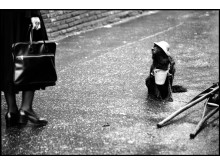 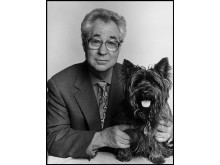 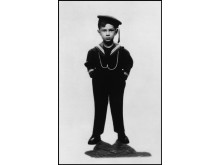 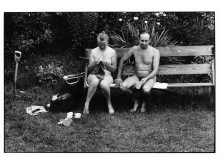