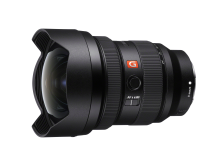 Sony today announced an exciting new addition to its full-frame lens line-up with the introduction of the FE 12-24mm F2.8 GM (model SEL1224GM) Large-aperture Ultra-wide Zoom lens. This compact and versatile lens is ideal for shooting landscapes, starry skies and architecture while providing extra mobility for active sports shooters who want to use ultra-wide angles.

United Kingdom, 24th June 2020: Sony Corporation (“Sony”) has announced it will provide both service and financial support to the global creative industry as part of its Sony Global Relief Fund for COVID-19.

The support will include financial contributions for creators such as videographers, cinematographers, camera operators engaged in sports, filmmaking and scripted television and commercial production as well as complimentary maintenance services for those using Sony cameras and Imaging PRO Support.

The global outbreak of COVID-19 has impacted content creators in nearly every facet of the industry. Sporting and music events, movies and television filming, as well as weddings and other private events have been put on hold. These have had a significant disruption on the commercial activities of professionals who support these industries with photo and video production, and Sony is committed to helping these creators through these difficult times. The "Sony Global Relief Fund for COVID-19 (100 million US dollars) was established in April to help those who are affected by the pandemic.

“Sony has always worked closely with the creative community, by helping them pursue high-quality content creation”, said Hiroshi Kawano, Vice President, Sony Imaging Products & Solutions Inc. “This community’s success is vital to our own, which is why we have decided to implement these support measures in their time of need. We envision a future where content creators, especially younger generations, will be able to continue pursuing creative endeavors with superior production values, despite today's challenging situation. We are proud to contribute funds and support to the content creation industry.”

Sony will be making donations to the following organizations to support their members who are videographers and camera operators in the production industry:

Sony Imaging PRO Support is a membership service offering premium care for professional photographers who use Sony’s camera systems in a professional capacity. Sony will provide complimentary inspection, cleaning and firmware version check services for existing members*1 globally*2, where this membership is available, in order to assure users that their digital imaging devices are ready when needed. The application for this complimentary service is planned to roll out in July*3 and be available until December 31st.

In addition to this, Sony plans to make a financial contribution to the National Institute of Informatics in Japan to promote remote education at universities.

Beyond the COVID-19 pandemic, Sony remains committed to furthering its support of creators and their activities.

*1In addition, the applicants to Sony Imaging PRO Support by this June also be included.

*3The timing to start this complimentary service may vary in each region.

Sony Corporation (“Sony”) has announced it will provide both service and financial support to the global creative industry as part of its Sony Global Relief Fund for COVID-19. 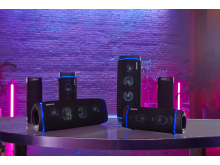 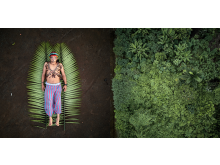 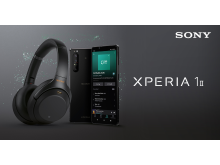 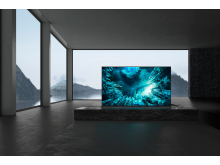 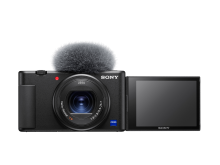 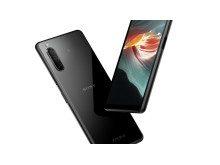 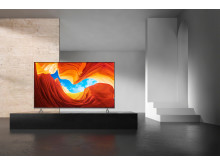 Tokyo, Japan — Sony Corporation today announced the upcoming release of two models of intelligent vision sensors, the first image sensors in the world to be equipped with AI processing functionality.*1 Including AI processing functionality on the image sensor itself enables high-speed edge AI processing and extraction of only the necessary data, which, when using cloud services, reduces data transmission latency, addresses privacy concerns, and reduces power consumption and communication costs.

These products expand the opportunities to develop AI-equipped cameras, enabling a diverse range of applications in the retail and industrial equipment industries and contributing to building optimal systems that link with the cloud. 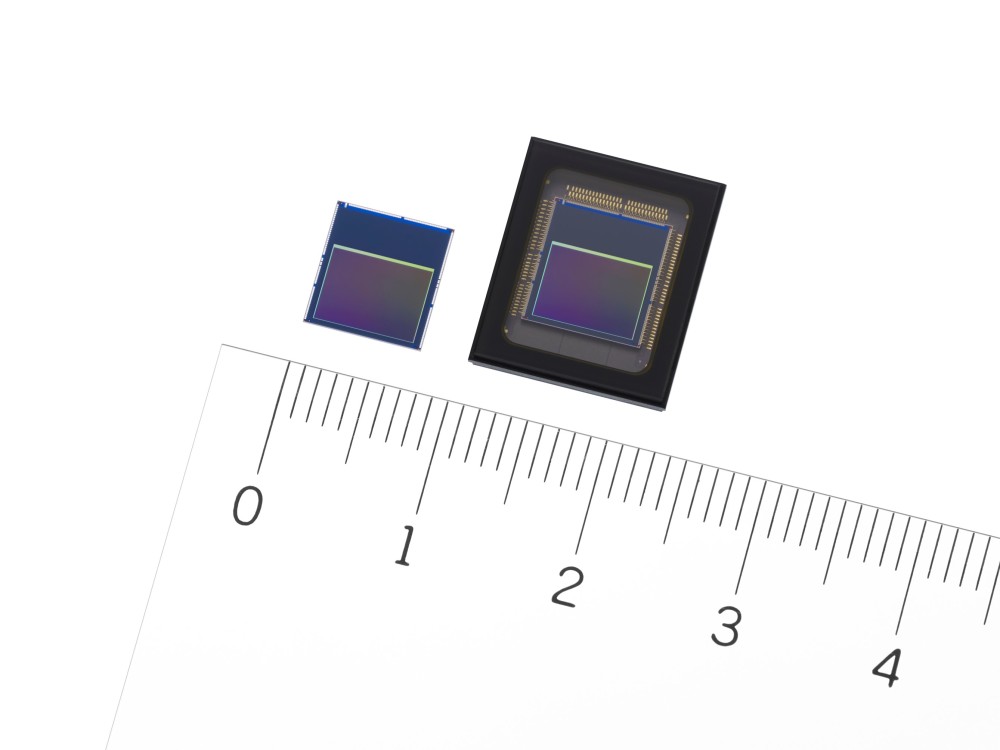 The spread of IoT has resulted in all types of devices being connected to the cloud, making commonplace the use of information processing systems where information obtained from such devices is processed via AI on the cloud. On the other hand, the increasing volume of information handled in the cloud poses various problems: increased data transmission latency hindering real-time information processing; security concerns from users associated with storing personally identifiable data in the cloud; and other issues such as the increased power consumption and communication costs cloud services entail.

The new sensor products feature a stacked configuration consisting of a pixel chip and logic chip. They are the world’s first image sensor to be equipped with AI image analysis and processing functionality on the logic chip. The signal acquired by the pixel chip is processed via AI on the sensor, eliminating the need for high-performance processors or external memory, enabling the development of edge AI systems. The sensor outputs metadata (semantic information belonging to image data) instead of image information, making for reduced data volume and addressing privacy concerns. Moreover, the AI capability makes it possible to deliver diverse functionality for versatile applications, such as real-time object tracking with high-speed AI processing. Different AI models can also be chosen by rewriting internal memory in accordance with user requirements or the conditions of the location where the system is being used.

The pixel chip is back-illuminated and has approximately 12.3 effective megapixels for capturing information across a wide angle of view. In addition to the conventional image sensor operation circuit, the logic chip is equipped with Sony’s original DSP (Digital Signal Processor) dedicated to AI signal processing, and memory for the AI model. This configuration eliminates the need for high-performance processors or external memory, making it ideal for edge AI systems.

Signals acquired by the pixel chip are run through an ISP (Image Signal Processor) and AI processing is done in the process stage on the logic chip, and the extracted information is output as metadata, reducing the amount of data handled. Ensuring that image information is not output helps to reduce security risks and address privacy concerns. In addition to the image recorded by the conventional image sensor, users can select the data output format according to their needs and uses, including ISP format output images (YUV/RGB) and ROI (Region of Interest) specific area extract images.

When a video is recorded using a conventional image sensor, it is necessary to send data for each individual output image frame for AI processing, resulting in increased data transmission and making it difficult to deliver real-time performance. The new sensor products from Sony perform ISP processing and high-speed AI processing (3.1 milliseconds processing for MobileNet V1*2) on the logic chip, completing the entire process in a single video frame. This design makes it possible to deliver high-precision, real-time tracking of objects while recording video.

Users can write the AI models of their choice to the embedded memory and can rewrite and update it according to its requirements or the conditions of the location where the system is being used. For example, when multiple cameras employing this product are installed in a retail location, a single type of camera can be used with versatility across different locations, circumstances, times, or purposes. When installed at the entrance to the facility it can be used to count the number of visitors entering the facility; when installed on the shelf of a store it can be used to detect stock shortages; when on the ceiling it can be used for heat mapping store visitors (detecting locations where many people gather), and the like. Furthermore, the AI model in a given camera can be rewritten from one used to detect heat maps to one for identifying consumer behavior, and so on.

Example of camera usages in a facility

*2 MobileNet V1: An image analysis AI model for object recognition on mobile devices.*1 Among image sensors. According to Sony research (as of announcement on May 14, 2020).

Sony Corporation today announced the upcoming release of two models of intelligent vision sensors, the first image sensors in the world to be equipped with AI processing functionality. 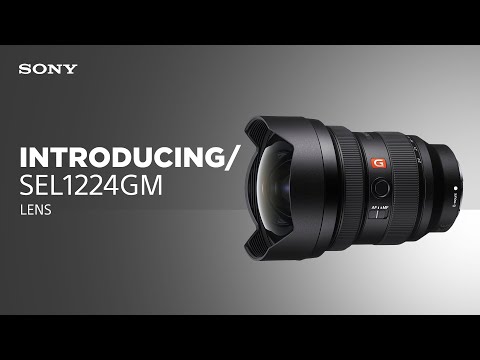 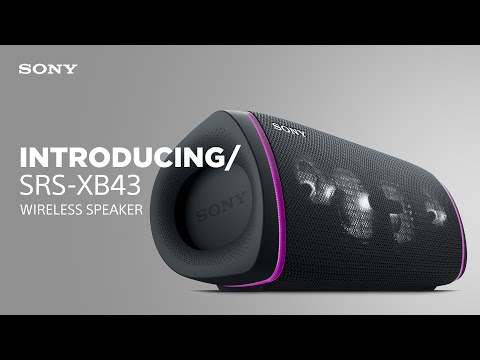 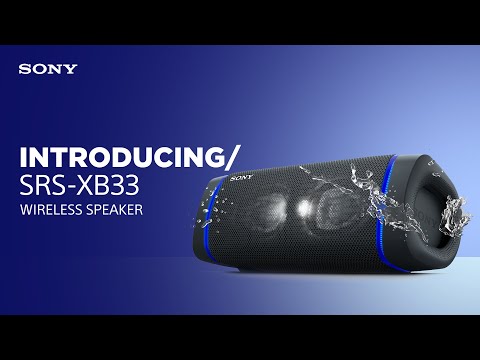 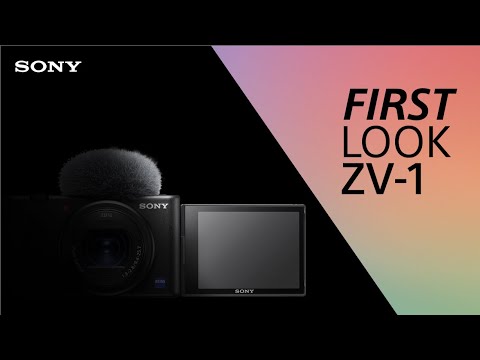 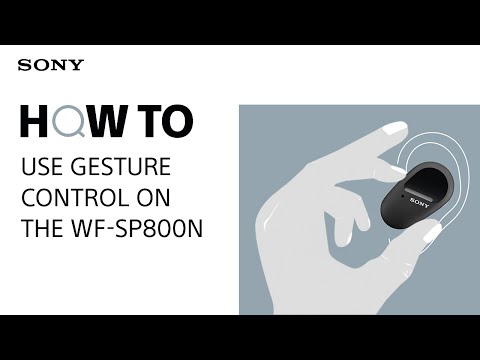 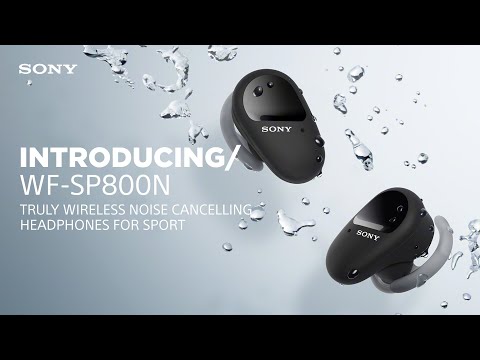